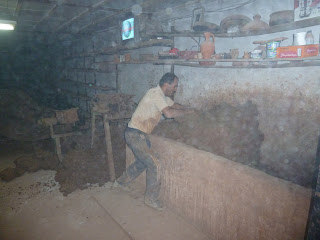 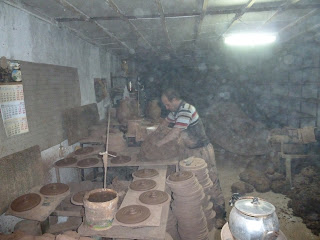 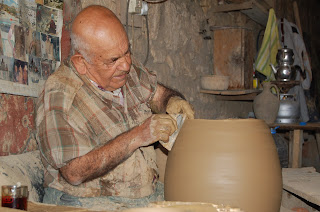 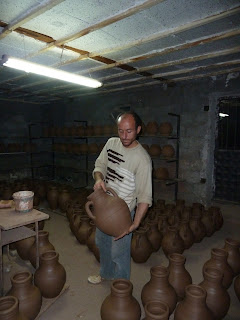 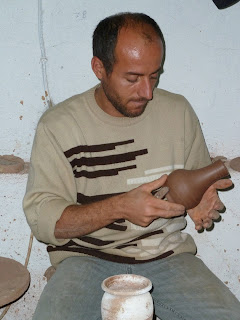 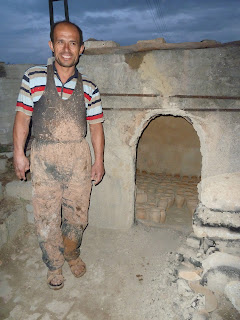 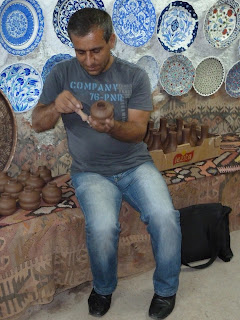 Back at the pottery shop, Hakan spends evening hours trimming, burnishing, and putting pierced designs on small pieces that will then go back to the sanay to be fired. And that's after he's worked in the shop all day! The shop is open 365 days a year, all day & into the evening; and Hakan is there every day. When there are no customers, he's decorating pots. It's difficult to make a good living as a pottery shop in Avanos.  But, after years of saving and hard work, the addition of their large Sanay workshop and expansion into American and European markets has made Hakan and his brother Görkan one of the more successful families carrying on this thousands-years' old tradition in the cradle of civilization.
Posted by katie janyk at Tuesday, October 04, 2011